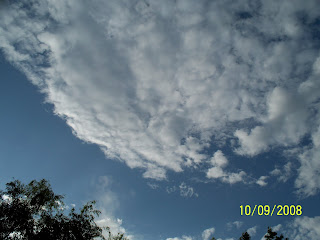 Gee, I don't know where to begin this post. I've been away, so to speak. My father of 53 years passed two weeks ago tomorrow. When I say 'my father of 53 years' I mean that he was my father for 53 years. I know everyone goes through this, and I am not an exception, but I'm having a really hard time dealing with this. For many reasons.

He was 81....would have been 82 on Dec. 7th - Pearl Harbor Day. He's been sick recently, had pneumonia a couple of times this year, and he's had a pacemaker for years. But my dad didn't die of sickness. He died because he forgot. He was changing out three electrical receptacles for insurance purposes to bring them up to code (GFI), had turned the electric off to change them out, had turned the electric back on to test them to make sure they worked and forgot to turn the electric back off to push them back into their holes and put the plates back on to cover them up. He somehow grounded out and shorted his pacemaker out. My son found him.

Three very important men in my life have left me in the last two years. Jeff first, my best friend, Leo's human daddy. His 2 year anniversary is Sept. 6th. PeeWee, Leo's biological daddy, left me this last February. And now dad. I know I'm being selfish, and that I should be thankful for having them for as long as I've had them. Somehow all of that is escaping me.

Dad didn't want any services, no obituary. All he wanted was to be cremated. As a matter of fact he told me in the last two years, several times, that no one would know that he was dead and gone until long after it happened. That included all of his children. I gave him hell several times about that. And I thought I was selfish! I told him that wasn't fair to the rest of us who loved him.

As it turned out we all were notified that he was gone. Thankfully. I'm not sure that I could forgive him that, if we weren't notified. But we did respect his wishes on the other stuff. That's what he wanted, that's the way it went down. I guess he didn't realize that maybe some of us needed that kind of grieving. That we may have needed to get together to tell some of the stories of our youth and share some love and part of his life, now gone. He just wanted it to be another day in life. That day in life left a void in my heart. A void that wasn't there for 53.5 years of my life.

I've always heard that death is for the living. Maybe he never heard that before. I would have thought so because he was with us through the death of our mother from cancer, at the tender ages we were. My youngest sister was 7, I was 14, with 3 others in between. He somehow managed to forget my birthday that year because her funeral was on my birthday. I didn't have a 15th birthday. I forgave him a long time ago for that, and he never knew for a lot of years until one of my sisters told him, and even then he didn't believe it until he asked me about it. Like I said, I forgave him for it a long time ago, but it's had it's repurcussions on me my whole life. My own private hell, if you will.

I just wonder what he thought we were going to do...go about our daily lives as if nothing had happened? I have been really lost since this happened. Two of my sisters said that there's really no reason to come, that I might as well stay here. Which they're kind of right, because there's nothing I can do there. But by the same token I was so upset that I couldn't work here. Work sent me home. So there I was at home, me and Mr. Lick Lick (thankfully I have him), I couldn't crochet or do anything. It took me 3 days to finally be able to sit and crochet. But all I could do was sit there and think, about my whole life and him and how there was now this hole again in my heart.

I did somehow have the foresight to send him a little letter back in May that basically told him how much I loved him, and I thanked him for several things in my life. He had just gotten out of the hospital with pneumonia and I wanted to say those things to him before it was too late. I never had a chance to say anything to my mother. I was blindsided by her death, as all of my siblings were, she passed away while in surgery. So I was very glad that I did that. It doesn't lessen my pain but I am very thankful I did that. And my stepmother said he cherished that letter for the little time he had it. I asked for that letter back, mostly because he held it.

I was driving home from work one day last week and I saw a vehicle with someone's initials in loving memory and a date on their back shield. And so I thought I might get one like that for my dad. But then I realized that I couldn't do that.......could you just see 'PMS in loving memory 8/3/10'??? (Seriously - those are his initials)

:o) I love you Dad, I miss you terribly.