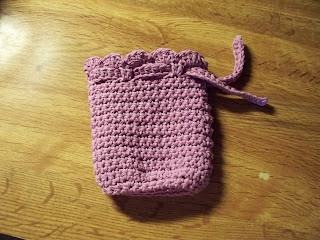 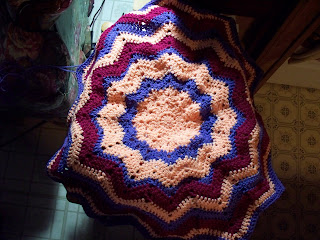 Oh it's nice to be back. Where was I gone to? Well mostly work. It's been so hectic that I just haven't had the time to blog. And next week is the company wide shutdown so of course everybody wants everything yesterday before we shutdown for the week.

Am I going anywhere? I wish. No, the only place I will be going is Tuesday I am having a tooth pulled. :o( I am definitely not looking forward to that I can tell you. But the good thing is that my dentist is going to fit me for a partial after it heals. It's much more practical and cost effective to get a partial than getting a root canal and crown. (Which root canals and I don't get along) I've already had one and it had to be taken out less than 6 months after it had been done.

I do get to spend the week with Mr. Lick Lick. And hopefully it won't be too hot to do some work outside. It has just been horrible with heat here. The heat index has been as high as 110 but the normal days are around 105. I just stay in. I have plenty of WIP's to work on. Speaking of which - above is Bella's blankie that I am working on. I love the colors but I am so dumb sometimes. I had two small skeins of some kind of peach given to me, no wrappers so I don't know what brand or actual color it is. So I thought I'd use them in her blankie and now I can't do the blankie like I had hoped to because I don't have enough! And the purple that is in it is a blue/purple. That skein was given to me as well and it wasn't a full skein. But luckily it did have the wrapper on it. And I used all of it and as luck would have it I just happened to have another skein in my stash BUT it was a different dye lot. I can tell the difference but I don't think it will matter much to her. 2 year olds could care less about those things. :o) But I love the colors together - peach, magenta & the blue/purple (I don't know the correct color name). It's really more of a blue with a purple cast to it.

The little bag I crocheted is something I am very proud of myself for. I crocheted it with no specific pattern....just started crocheting and voila! I started it off with 10 stitches and ended up with 30 in the rows and it looks very nice, don't you think? I love it. I love it so much that I hate to use it for what I had intended it for!! How silly is that?

And I have bought myself a pair of knitting needles and a 'I taught myself to knit' book. That unfortunately is not coming along well at all. I'm trying to be patient with myself but it's kind of hard.

Mr. Lick Lick is doing good. He's not happy with me at the moment though. My boss gave me a rocker/recliner this last weekend and so I brought it home. It appears that it's not wide enough in the caboose area so that Mr. Lick Lick and I can sit in it comfortably together. So I pulled the ottoman closer to it so that he can lay on it and still be close to me, but noooooooo.....he has to be up next to me in the chair. The recliner is so much better on my back that I am not giving it up, as much as I love Leo. The loveseat was killing me. So I promised him that my Christmas present to myself this year was going to be a rather large rocker/recliner that both of our caboose's can fit into with no problem and plenty of room left over! LOL. I'm not sure that he understands that as he sits on the ottoman staring at me intently while I am crocheting and trying to ignore him. I'm not ignoring him to be mean, I'm ignoring him because he's looking at me expecting me to put my crocheting down so that he can lay on my lap. Lap dog + crocheting = yarn project full of dog hair. Not cool. We have to make some adjustments for about 5 or 6 months. That's all.....lol.

Well I am happy to be posting. I hope you are happy to see me again...I've missed this. So now onto blogs that I haven't had time to read.....it's time to catch up.

Where ever you may be I hope the sun is shining down but that you are comfortable and not over heated and your day is most lovely!
TTFN
Kat xoxox
Posted by Chain Stitch Crochet at 9:52 AM