I think I'm a train wreck!! 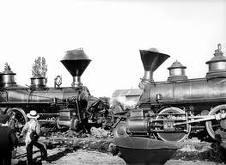 Ok....last night I'm sitting there trying to workout how I'm going to do my daughter's tablecloth. I know the colors, I know the motif, I just had to sit down, draw out how I want it shaped and the color scheme. So I get some graph paper, sit down and put my large cup of freshly heated up coffee on the bookshelf and start drawing out how I want it to be.

Well the first two I messed up because I was using a pen and drew the hexies wrong. Stupid....find a pencil so that you can erase! I did. So I get started on the third and really need to find a solid surface to put under the paper because that just isn't working out...the paper is rounded on the arm of the love seat. (Aha....one of my crochet books from the bookshelf!) Grabbed a crochet book. Don't ya know.....that particular crochet book was holding up all the other crochet books on my shelf. Don't ya also know.....my large cup of freshly heated up coffee was not 4 inches from said crochet books. What do you think happened??? CRAP!!

I am the biggest klutz and I haven't had a serious case of the klutz attacks in a while. I should have friggin known better. I'm such an ijit. I am so mad at myself. I don't just drink regular cups of coffee...mine are like 3 times the regular size.

Damn coffee went everywhere!! I now have 3 balls of #3 thread - my beautiful teal, purple and cinnamon got splashed really good. The white and red were salvagable. Leo got a huge coffee buzz. He, like Pammy Sue's Eli, got down there to help me clean up and started slurpping coffee. He loved it!! I had to push him out of the way to clean it up. I put the 3 balls that were splashed bad in the sink and tried to douse them in cold water. I put them by my heater handler to suck up the moisture. I don't know how they're going to be when I get home.  I think I'm going to have coffee tainted teal, purple and cinnamon thread. :o(

Note to self.......DO NOT put your freshly heated large cup of coffee anywhere where you can spill it all over your crochet stuff!!! Sheeesh. :o(  Ohhhh I would have committed hairy kairy if I had spilt it on something that took me a long time to do, like in white.

I hope your little piece of the world is warmy today and please take my advice and watch where you put your coffee. You'll save yourself some grief, unlike someone we know. :o)
TTFN
Kat
xoxox
Posted by Chain Stitch Crochet at 2:56 PM