Time is a flying Already!

I have been super busy since coming back to work and whooped when I get home at night. I had a great week off and I hope your holidays were as super as mine. There was a lot of good and a little bad. Not too much bad but it always has to rear it's ugly head.

I got to see everyone except my one friend who stressed me out a few months ago. I'm not sure if she wasn't there or just didn't want to bother seeing me. I hung around outside for a bit but she didn't come to the door.

I went to see my ex neighbor because my daughter told me I needed to. It seems after 23 years of marriage her husband has told her that he doesn't want to be married anymore. Yea ok.....been there done that. He's screwing around on her although he's said he's not. Whatever......that was my story she was telling me....all over again. I told her....now do you see why I moved out of state? I feel so bad for her. 23 years of her life gone down the tubes. And supposedly he's been feeling like this for two years. Yea...whatever. I cried with her and for her. I hate it for her.

Leo was, for the most part, a very good boy!!  He stressed me out most on the way down. I left that Thursday night because I knew I-95 was going to be a nightmare Christmas Eve.  It was a nightmare that night!! But the more Leo got in his cage in the back seat the better he was. I'll have to tell you the Petsmart story later but he had a ball. And we found some new food for him.....well down there. I have to find it up here.

It's raining here today and cold. (And it was cold in FL the whole time I was there!!) I hope your corner of the world is warm, bright and cheery tainted with a smidgeon of love and laughter. :o)
TTFN
Kat
xoxox 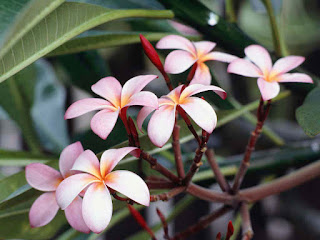