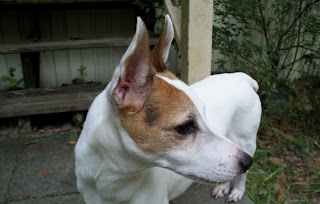 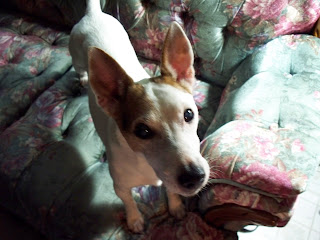 Yepper, I did not take one pic while I was gone for the holidays. Leo and I were constantly on the go trying to see everyone. You know how if you don't see someone when you're in town they get mad? Well I am happy to say that I did see every one on my list with the exception of Miss Jitter. She probably likes it like that. Sigh.

And Kylie and I did not make cookies. Too much going on. Her mom did make Santa some cookies but they were the quick pre-made kind. I was so looking forward to doing that with her. But ya know, things happen for a reason. Always. Bella was a handful. Jen has her hands full with that child. One minute she can be so sweet and the next she can be the most bratty, mean child. Being the granny that I am I told Jen she needed to start spanking that butt!!! I'm a firm believer in 'use that rod to tame your child'. LOL. But Jen being the good mama that she is only wants to resort to that if nothing else works. I respect my daughter and how she's raising her children. She truly is a good mama, but..........  lol. My generation got their butt blistered for things and we turned out fine. Look at all the younger generations out there now who have no respect for others and their property. This is just my opinion, and we all know that opinions are like a**holes, everyone has one, but I truly believe there would be a lot less crime if people paid attention to their children instead of letting them run wild, and spank that butt to keep them in line. Ok....that's enough of that soapbox. Let's go on to the PetSmart saga with Leo.

My fur son is so smart!!  This was his first ever time in a store. He had a ball!! He was a big boy!! We have a PetSmart in Savannah but I always go on my lunchtime from work because it's so far from my house to go on the weekends. So I find these treats that I had gotten him before here but the last few times I went to get some they were out totally. I bought 2 of each kind (3) that would last him a while. Next I asked about some food my sister gets for her Rottweiler, Akaana Pacifica (not sure about that spelling). Leo loves that food! He ate Pebbles food every time he got the chance. And I think it's good for his skin cuz it's salmon. PetSmart doesn't carry that brand but I did get the salmon Blue Wilderness to see how he likes that. ANYWAYS....we go rounding a corner and he squats and POOPS!! In the damn store!! I was like...oh great son...now what!!  I looked up and lo and behold we are directly in front of the clean up station! Phew. Perfect place for a poop for your first time in the store. To tell you the truth I had never thought of that before when I've been in PetSmart, I guess because I've never taken Leo, or my other two for that matter when they were alive, and I've never seen a dog poop or noticed the clean-up stations. Makes sense though.  Anyways....I ended up spending $70 on Leo. Does his mama love him or what? That was my biggest expense the whole trip.

My main reason for going there though was to get something to chill him out while riding in the car. The whole way to my sister's (368 miles) he gave me this high pitched whine and a lot of them ended with a very loud yawn. And a few times he started barking and about broke my ear drums!  I was very glad that I had put him in his cage though because traffic was horrific. I was doing 5mph over the speed limit in the slow lane and everyone else was hauling butt. And there were a few times that there were people going slow in the two fast lanes and peeps would get over in my lane on my butt.  I so wished I had a screen on my back windshield that I could text to, to tell them to back off, that I was going over the speed limit as it was. Anyways (I always get sidetracked...how does that happen?? lol) I found some boneys that were called Pet Ease I think. He seemed to like them ok. He wouldn't eat them when I first put them in the cage with him. He wouldn't take them out of my hand. I just laid them on his pillow and he'd eat it a minute or two later. I think they worked. I don't truly know. I do know that each time we got in the car he would jump right in the cage and his little whiney's would get quieter but never totally leave. By the time we came home he actually would lay down for short periods of time. He never slept while in the car. But on the way home he was pretty good and I could actually drive without worrying about him back there. The only thing I couldn't do was tell him 'good boy' because he would then become vocal.  I basically had to ignore him.

All in all we had a really good time while gone. I was praised many times for how good he was. Ohhh....the cat saga. Gotta tell ya this. We went to one of my other sister's house on the Sunday after Christmas. She has two cats. Leo and kitties just doesn't work. Well, one of the cats unbeknownst to me, was in the house, underneath the couch. Don't you know, Leo sniffed around until Smokey batted him from under the couch and then it was on. Oh man....what a time that was. Leo barked and was a little mad man trying to get Smokey. So I had to hold Leo - not an easy feat. Have you ever tried to hold a maniacal little Jack Russell? He scratched the crap out of my arm. My brother-in-law had to get Smokey and get him outside. Once he did though and I could let Leo down, Leo went nuts sniffing the couch and trying to get behind and under it. I felt bad because Smokey got put out of his own house. I know he was glad to see us leave. Leo doesn't know any better, he wasn't raised with cats. As a matter of fact when Jeff was alive, he would tease Leo when cats would be outside out front. It wasn't a mean tease, just that he would do a cat's meow while Leo's going nuts about the cat outside.

When I went to see my friend whose bast**do of a husband is doing whatever he's doing, her daughter had been out back (they have a fenced in yard with a pool) and her mom asked her if the gate was closed so Leo couldn't get out. She said yes and went upstairs to play games. So time rocked on and all of a sudden I happened to think that I hadn't heard Leo outside in a while. So I go out the door and call for Leo. No Leo. I walk out further and the friggin gate is open!!!! I'm freaking out. I run back in the house and yell to Irene that the gate is open and Leo is gone and I grab his leash and run out the front door calling for him. She runs and grabs the golf cart to go hunting for him. I'm frantic calling for him, not wanting to think about losing him. I happened to turn back toward the gate on that side of the house (we're talking massive house) and there he is with  his ears up looking at me like "what's all the commotion about I'm right here!". I called him and he came right to me. I think he knew how freaked out I was.  I was never so happy to see him. I can't tell you how devastated I would have been to lose him. The house was about a block from the major road but still. I shudder to even think about it now. He's all I have left of my dogs and of Jeff. I can't lose him before his time....ya know???

I'm not much of a movie watcher. Jen and Chris got a movie for Christmas - Apocalypto. OH MY GOD...you do not want to watch it unless you are a fan of sub-titles and blood, gore and killing.  I guess that's what you get for a Mel Gibson directed film??? Holy cow - seriously, if you are a nightmarish person like I am, you don't even want to watch this. It was horrible. Nothing but killing, death, blood and guts. The movie started out innocent enough but once the slaughter started it was blood and killing from there.

I know I'm forgetting something but I'm sure it'll come to me. I know I didn't do one bit of hooky while gone, even though I took some stuff with me. I did when I got home, I was so missing it.

This weekend is supposed to be cold. Sunday is going to be really raw here with cold and rain. They say no snow but it's going to be cold enough with rain to snow. I missed snow here when I was in FL. Oh well. I hope your weekend is wonderful, filled with love and light.
TTFN
Kat
xoxo
Posted by Chain Stitch Crochet at 11:46 AM