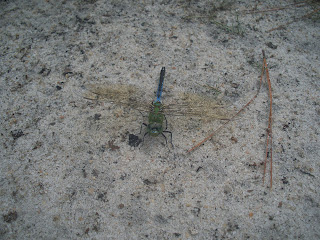 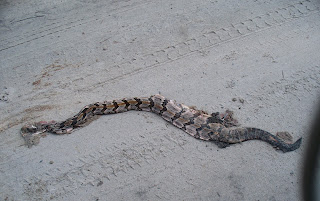 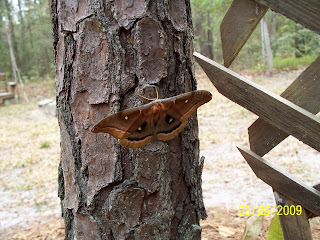 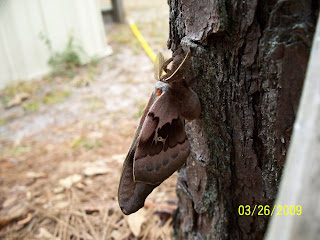 Happy Monday! One more week for me and I have a whole week off of work!!! Yay! BUT I do have a dr appt on Tuesday for a wellness check up. It seems my insurance company wants more money from me, but if I get a wellness checkup and supply them with some numbers then I get a reduction/discount, whatever you want to call it. So I will be foregoing my cherished coffee until after they poke me, take all my blood, and bruise me up. I also need a flu shot so that will be combined. Poked again.

One thing is Mr. Lick Lick will be one happy camper with his mama home all week. He's been right up my behind. He's loving this cool weather because he gets to snuggle under a blankie on the couch next to mama. He was funny yesterday. I moved my car so I could wash it, it was horrible with dust and dirt on it. (I live on a dirt/sand road and when it's dry the dust flies horribly and sticks to my car like a magnet) So I opened up the door and said come on....mama's moving the car. Well you would have thought we were taking a trip. He was good though, he wasn't bouncing all over the place. But I did notice that he had to check out each vantage point and hang for a while. At one point he was laying down and his little eyes were getting very heavy. But he finally had enough and wanted out. I was almost done anyways. I had to laugh at him though because it was as if he was trying out which place had the best view.

Anyways...I don't have any hooky goodness going on other than what is on the hooks right now. So I thought I would show a couple of pics that I took of critters in the woods of eastern GA.

The dragonfly pic stunned me. I don't know if you can see it or not (click on the pic to make it bigger) but there are sand particles on his/her eye! I can't believe it let me get this close to it. Maybe it was momentarily blinded??? LOL But how cool huh? I actually had taken a bunch of pics and only two came out. My lens fogged up because I had been in the car with the a/c on on the way home from work.

One of the things I fear most living where I do is rattlesnakes. They are literally in my backyard. And if you want to be technical about it, I am in THEIR backyard. But I fear them not only for myself, but for my babies.....well baby now. All I have left is Leo. Pee once got bit by a baby copperhead years ago when Misty was alive. They had cornered it and were doing a gang upon it and Pee got nailed. That landed him at the vet overnight. I was so freaked out over it. But a rattlesnake will most definitely kill a dog. And there are some mighty big ones in this neck of the woods. I, myself, have seen one that was at least 8 feet long and not sure how much bigger because the tail part of the snake was in the bushes. It was halfway out in the road (my road) and like I said the back end of it was in the bushes. And the thing was that I had taken Pee and Misty for a walk that day with only enough light left to go to the top of my road and back. I had my pistol in my back pocket but you can't hold on to two jack russells who are deathly afraid of guns and try to shoot a rattlesnake that's 50 feet away. It just doesn't work. So what do you do? Well while the light is fading to blackness, you pick up and chunk whatever you can to make that joker go back where it came from. Which is what I did but oh was I scared. And Pee loved snakes. He would go after one in a heart beat. That's all I needed to do was try to go by that big joker and Pee try to get it and the snake get one of us. By the time all of this drama was over I did not make it back to my house before blackness. And it's literally black at night where I live. You cannot see your hand in front of your face when there is no moon. ANYWAYS....this snake was a dead rattle snake on my road about 1/10th of a mile from my driveway. It's about average to see one this length. Surely you've heard about this biggest rattlesnake? That was found in the next county up from mine. I'm talking not even 20 miles from me!! I'll tell you what...I do not walk in my woods in the summer time. EVER.

Ok.....let's get away from that...you keep it in the back of your mind always and pray you never see one.
The last two pics are that of an empire moth that I found on one of my pine trees. I was totally blown away. I have never seen anything as beautiful in nature as this. And it was hairy too! Look at the hair on this moth. Can you believe it? I was beside myself and took probably 100 different pics of it. I watched it for hours until I had to go in. The next day obviously it was gone but I was so in awe of it. Where do they go? Never mind that...where did it come from? I never saw it's cocoon. It had to be quite large because he/she was quite large.
I hope you liked visiting critterville. We have a lot of different ones that's for sure. I had one in my house this last week and I finally got him out yesterday. An anole (lizard) had found his way in the house somehow. He ended up in my bathroom hanging out with the two orchids I brought inside for the winter. I decided yesterday that I needed to get him out before he starved to death, I just hope he won't freeze to death....I don't know which death is worse. I got him to jump on me then quickly walked outside to let him go. I don't know what Leo was thinking but he was hot on my trail out the door. And it worked. Mr. Anole was on my head until I went to pull my hair together and then he jumped off into the plants on my front porch. The ones I still haven't brought in!! sigh.......
Here's hoping your Monday is wonderful!
TTFN
Kat
xoxo
Posted by Chain Stitch Crochet at 12:55 PM