Then it was Thursday 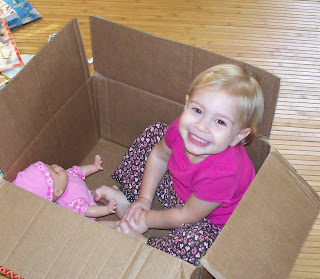 My week has flown by so quick. It's been almost a week since I posted, doesn't seem like it.

I have been going home from work each day to Mr. Lick Lick out of his cage! I decided I am going to leave him out and get him to not go potty in my house. He's pooped once (the first day) but has not pee'd once!!! But here I am bragging and watch, I'll go home today and I'll have a puddle of pee to clean up. Though I've told him all week that as soon as he pees he's back in the cage. BUT I have praised him up so high when I get home and he pee's outside. And I stand there and watch. If he pees a lot then I know he hasn't pee'd in the house. And he gets a huge treat if he doesn't pee. So I think that has helped him be a good boy! And I love it. I don't feel so bad about him being in the house cuz he's not penned up in that cage.

I think it's a huge deterrent to burglars to go up to a house with a dog in it. They don't know that dog. Of course they could give him food with poison on it. I've heard of that happening before. I would so hate that...... But living out in the woods like I do I expect that one day someone will attempt to break in. It hasn't happened yet, but I've had dogs. Now I'm down to one and if he was in the cage and someone came to the door they wouldn't hesitate to break in with him in the cage right?

I don't have much to take, but what I have is mine and I've worked my ever lovin' butt off my whole life for what little bit I do have.

So anyways, I am working on crocheting a clown. I am having a hard time with the head/hair. So I attached the head to the hat and I'll worry about the hair after. But I am doing it in pinks and purples. This is because the clown will be for my oldest granddaughter for her birthday in October. And she LOVES pink and purple.

I am still working on my sister's afghan. I am bad for getting bored with a big project. I love doing little stuff. The instant gratification is grand, and then I'm like ok....what's next. lol. THE AFGHAN dummy! sigh

I hope your Friday Eve is totally awesome where ever you may be!
TTFN
Kat xoxox

PS/This is my youngest granddaughter at Christmas. I got her that baby and she climbed in the box with her to play. Too cute. :o)
Posted by Chain Stitch Crochet at 10:46 AM