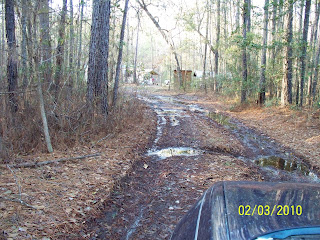 Holy cow...it's Wednesday already. Time sure does fly. I am so busy since the departure of said co-worker. Tis ok because the days go by really quick. But now I am falling behind on my blog. When there was two of us it was relatively easy and I had a lot of time because we 'split' orders. So to speak.

I so did not want to get up this morning. I was in such a deep sleep and dreaming something (can't remember this one)and the alarm went off and I and Mr. Lick Lick jumped. I truly could have laid back down and went back to sleep. Most of the time I can't do that. Once I'm up, I'm up. Leo woke me up last night, I think it was around 11:30, to go out to potty. I vaguely remember it. Here lately I've had a hell of a time getting back to sleep, but not last night. And I've done nothing different.

I had blood work done a couple of weeks ago. Most of my levels are good except my TSH, which has almost bottomed out, and my Vitamin D, which has almost bottomed out. My A1C went the opposite direction. It's just slightly above the normal levels. And that's probably because I have been binging on sweets in the last few months. Now I have to back off. This is the first time I've had my cholesterol checked and was mildly surprised that it was in the lower part of the range.

I go through these spurts of no carbs. When I do that I eat a lot of eggs, meat and salads. I need to do that again because my weight is bothering me. It'll be a year on June 22nd that I quit smoking and I have gained 20 pounds. I hate it. I have threatened here recently that I was going to start smoking again, but the big deterrent there is the cost. OH MY GOD.....it's horrible. They are over $5.00 a pack here now. At least that's what someone told me this weekend. Why don't they tax liquor more? Maybe there won't be as many drunks on the road.

I know...cigs are bad too. They make you smell bad and don't do anything good for your body at all. But my dad is in his 80's and he has been smoking all of his life..well since he was in the navy anyways. What were cigs back then....a nickel a pack I think. That's over 100%. But he's in pretty good health for the most part...in regards to smoking anyways. I take after my dad in so many ways. I most resemble him in looks, body build, and characteristics. The rest of my siblings take after my mom's side of the family.

I found out this last weekend that Mr. Lick Lick has an excellent nose. (Dogs smell in ppb - parts per billion) I got tire of all the crap in my shed because I can't move around anymore. And I needed something from a box for my bike that was underneath three other boxes. So I started moving stuff. One of the boxes I couldn't remember what was in it so I opened it up. When I first looked I saw a bunch of toilet paper in a next and then I saw a long tail and then some more little tails. UH HUH....Mr. Lick Lick's obsession was in this box. A mama mouse with 3 baby mice hanging on for dear life!!! I had put out some Tom's rat/mice poison a couple days prior and had seen that something had been eating on it. It had to be this mama...and she wasn't dead yet! But then I was thinking that if she ate some that she ingested it and her babies would get some through her milk. And there was no way I could sling that mama with her babies out in the woods. Hell I couldn't even pick her up...for fear of getting bit. So now...what to do with this box??? Well....for the time being, while I needed to get to the other box, and I couldn't put it on the floor for Mr. Lick Lick to get to, I put it up on top of my car roof. Oh man...Leo about had a fit! He went round and round that car. Always looking up when he got to the side the box was on. That kept him busy for a long time. I didn't have to worry about him getting in trouble. This is what he was trying to get at every time he got in the shed knocking stuff down and falling.

At the end of the day I put the box back in the shed with something heavy over top of it. If she wants out she'll have to chew her way out. I probably won't check it until this weekend. My luck her and her babies will have fled their temporary home and I won't have to deal with her anymore. (yea right).

I hope your day is wonderful where ever you may be.
TTFN
Kat xoxox

PS/This is my little part of the world in the woods. I think this was taken back in the winter when we were having all that rain. I didn't look at the date before I uploaded it (of course it's probably wrong anyways).
Posted by Chain Stitch Crochet at 10:59 AM