***CAUTION - Rant, Rail, Rave, Explosion - A word by any other name 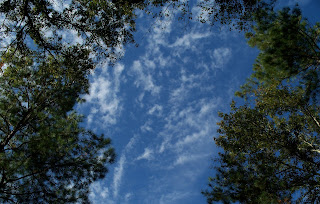 CAUTION - MAY BE HAZARDOUS TO YOUR EYES!!! If you offend easy then you may not want to read this. These are all my opinions, mostly based on emotions of the 50 something female kind.

OK...if you've got time and want to, pull up a seat, this may be a doozy. I have to do this today, it's all pent up inside and I have to let some steam off because of events outside of my control today. To say the least, this has not been a good day so far and I don't really see it getting better, but I cannot explain why or what has happened. (I know...the suspense sucks huh???) Maybe later. Right now it's ongoing and I just can't get my head wrapped around to telling about it. In my world it's major, in your world you might just sluff it off.

I was going to do this yesterday but a chain of events kept me from doing so, thus culminating in my bad day today and putting off the rant of yesterday. But today is better because I gotta let some steam out or I will for sure blow a head gasket.

I am so tired of people, papparazzi, life invading buzzards, scum-sucking-don't-they-have-a-life people, wanting to invade the lives of others. To start off with - Sandra Bulloch. That poor woman. LEAVE HER ALONE!!! She has just had to endure the MF'r of a husband cheating on her, not once, not twice, but multiple times!!! You can tell she loved that man with all her heart. And that bastard did that to her! And it's all in the damn media. Her whole world fell apart and these pieces of crap will not stop hounding her. LET THE WOMAN HAVE HER PRIVACY FOR CHRIST'S SAKE!!!

It's not just her. I have despised them all for so long because famed people, who are not friggin perfect, (except Sandra), they screw up in their lives just like us, and cannot have any kind of a normal life to sort out their problems. It all gets played in the media and the speculation flies. And a lot of what is said is lies to sensationalize it. UGH! I don't envy them at all. They can't even go to the damn store, pump their own gas, nothing, with what the damn papparazzi doesn't show up surrounding them. Famed people can have no life of their own. I hate it for them.

But Sandra....she is such a wonderful, sweet person, who just got shit on very badly, very publicly by that piece of shit, cheating bastard Jesse. He's a piece of crap of the worst kind. How could he do that to her? He had a woman who loved him with all her heart and he turns around and does that to her. And then all of it got rubbed in her face by the media, in the media. Damn it why can't they leave her alone? I'm glad she dumped the bastard. She does not deserve anything he's dished out to her. And he damn sure doesn't deserve her.

And now last night on ET (which I can't stand but I watch the crap anyways waiting for Everybody Loves Raymond) they broke the news about little Louie. Good for her! Good for Louie! That little boy doesn't know how good of a life he's getting ready to have. And how very lucky he is that his mama is Sandra. And I'm happy for them both. But even ET just won't leave things. Such nosy assholes that won't leave people's lives alone. And they have to drag it out and replay the same tidbits over and over.

We, as a people, are curious in nature of this kind of thing, granted. But don't you think there is a fine line of wanting to know what's going on in their lives and invasion of privacy? How would you feel? Put yourselves in their shoes, and that doesn't even adequately let you know how these people feel being hounded about every aspect of their lives. And no, just because they are famous celebrities does not give the public, papparazzi's or anyone else the right to spy, hound, or tell all when it comes to their private lives. That's just wrong and I think they should be put in jail for that crap. Especially when the famous can't even get in their vehicles and go, and when they do get in their vehicles and drive away, they think they got away only to be followed and mobbed again. In my book that's friggin stalking ok? Plain and simple. And when the media SENSATIONALIZES stories...oh that goes right up my butt. Am I wrong or isn't the media supposed to report on stuff for the truth, nothing more, nothing less?? Isn't sensationalizing it more than the truth, an exaggeration of the truth?

Mainly this rant has been about Sandra. For Sandra. It applies to a lot of others because they have been wronged so many times for the media and papparazzi hounding the crap out of them and telling lies about them. But she, after all she's been through does not deserve this. She is a wonderful person who has done nothing but good in her life.

I have loved her for a long time, but most especially since Hope Floats came out. I love that movie and it's the only movie besides Forrest Gump and The Lord of the Ring Series that I can sit down and watch multiple times. I'm not much of a movie watcher but those three I can watch over and over. Hope Floats is my favorite.

And just for the record - just in case Jesse happens to read this (which I highly doubt) - I touched your bike, you bastard, when it was here in town. I now wish I would have kicked the crap out of it or taken a hammer to it. That's how pissed I am that you did this to her.

You might ask yourself why this bothers me. Well cheating bastards is a sore spot with me. I have been married twice. The first marriage was a mistake and took me 8 years to get out of. There was no love involved there. But the second and last one was the one I thought would endure til our dieing days. He was the only man I have ever truly loved and been in love with (there is a difference)in my whole life. I knew he had cheated on his first wife (not with me)but thought he would never do it to me. How friggin naive was I huh? ONCE A CHEATER, ALWAYS A CHEATER!! He did, for 9 months and I never suspected a thing. He was that damn good. (I never saw the signs until way after I moved out of state.) And then all of a sudden my world fell apart. It started by him saying 'I don't think I love you anymore, and me asking was there anyone else. No he said. For two weeks it was no, and everyone else kept telling me he was cheating and I defended him, because I believed him, I trusted him and I loved him. I won't bore you with anymore details but this single event devastated me and changed my life forever in the way I feel about relationships, men (and no I'm not gay), marriage...all that and much more. A lot to the bad. Am I bitter? Sometimes. Do I trust now? Not a hell of a lot. Have I let it go? Nah, not really. Do I still love the bastard??? Yes....and I cannot tell you why that is. I know I will never find this love again. He had it in the palm of his hands and crushed it, like a piece of paper. I am truly not the person I once was and I miss that person a lot. I will never get all that back. It's easy for someone else to say 'Let it go'. Walk a mile in my shoes. Feel those ugly feelings, see how long they stick with you.

OK now....I do feel a tad better. During the course of the day the bad part got resolved by the resignation of my direct co-worker, which has taken a bit of pressure off. And I have spewed for Sandra...a person who represents nothing but goodness and kindness. And I have spewed for others like her that even though they have flaws, no one deserves the papparazzi or anyone else for that matter delving into their personal lives.

I know she is hurting so bad deep inside. Louie will help to make it better and keep her mind occupied but it will never really go away. It'll always be in the back of her mind, as mine has been. I just wish they would leave her alone so she can have a little bit of peace and normalcy.

Where ever you are I hope your day was multitudes better than mine was, though now it's all good.
TTFN
Kat xoxoxox

PS/Isn't that pic serenity?
Posted by Chain Stitch Crochet at 10:57 AM